Greetings Loyal Airmen, we’re kicking off this week talking about a project we couldn’t make happen but we’re only to happy to see achieved by others. All of which is bout the real life western lawman, Bass Reeves.

Many years ago we first heard about the most successful western lawman ever to patrol the frontier after the Civil War. His name was Bass Reeves and he was a U.S. Deputy Marshal riding for Federal Judge Isaac Parker out of Ft. Smith, Arkansas. In a 30 yr career he brought in over 3,000 outlaws, was involved in 14 gun battles and never wounded once. Shortly after learning about this man, we read Art. T. Burton’s biography and got the idea to do a graphic novel depicting the life and times of Bass Reeves. 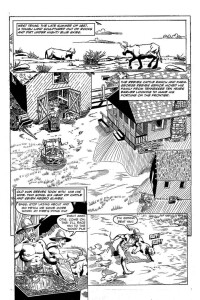 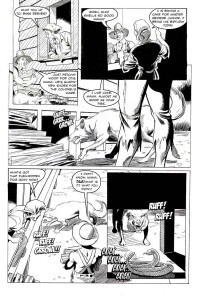 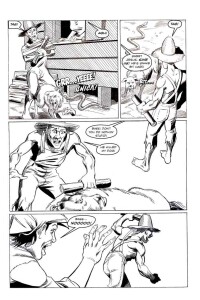 To that end we recruited our good pal, artist Rob Davis who was only too happy to be a part of such a project. We wrote a ten page script and Rob illustrated all ten pages. Above you have the first three. With this, we wrote an outline for what would be a five issue mini-series. We then sent out a proposal package to various comic companies. Not a one accepted the idea. After a year of these rejections, we gave up on the idea of a Bass Reeves comic book. But we we’re not about to quit on Bass. 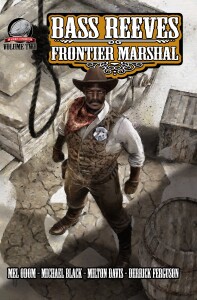 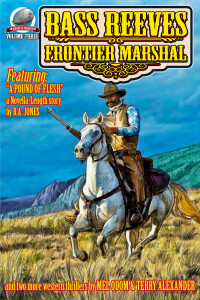 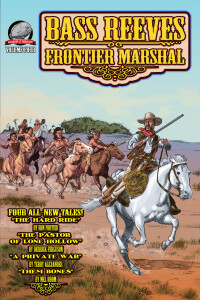 Instead we launched a brand new anthology series from Airship 27 Production called “Bass Reeves – Frontier Marshal” and to date have published four volumes with a fifth in production. The books are big sellers for us as the audience awareness of this great man is growing. 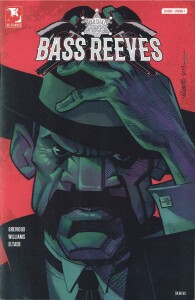 Then a little over a year ago we heard a new comic company named Allegiance was coming on the scene and they were going to offer a Bass Reeves comic. No one was more surprise than the Air Chief. And of course a wee bit jealous. But only for brief while as we then heard an old acquaintance, actor/writer Kevin Grevioux would be writing the series. We knew then it would be a quality offering story wise but we were unfamiliar with the artist, David Williams. We picked up the first issue and became an instant fan. Williams work is stylized, a bit on the cartoony side, but it works with this fast pace, gritty western story. Above to right is the cover to issue # 3, the latest. Our only complaint is how long it takes for these comic to come out. Allegiance’s “Bass Reeves” is a winner and we recommend it highly. You can find it at your local Walmart.  And to Kevin and David, congratulations. It’s an awesome comic about an awesome man. 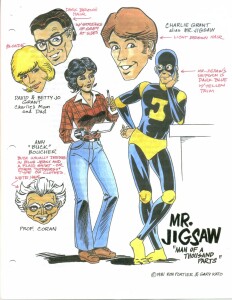 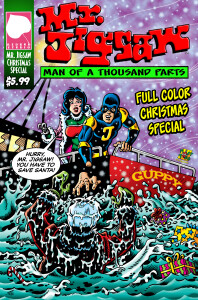 Was talking with Mr. Jigsaw artist Gary Kato recently. Above left is an early color-guide Gary did when we launched the character. Truth is it wasn’t till years later that the Air Chief realized he’d created a character who could control every part/molecule of his body and then hooked him up with a character who had a part missing. Now that’s how a writer’s subconscious works. Truly weird. And while on the subject of our beloved Jiggy, allow to remind you of the giant sized full color Christmas Special we released last year in which Jiggy saves Santa Clause. It’s still available at Amazon and we think you and your kids and grand-kids would love to see it under the Christmas tree come Christmas morning. 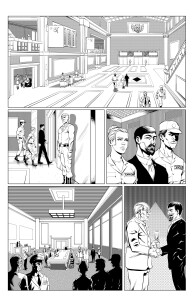 Cesar Feliciano turns in Pg # 17 of JIN & TONIK wherein Captain Darya Tonikova and her Sergeant accompany their commander to an important Kremlin meeting concerning terrorists. Cesar’s use of Point-of-View, from wide to close up shots is wonderful throughout. It sets the scene for the wild and crazy action sequence about to explode at this gathering. Stay tuned, Loyal Airmen.

And that’s all for this week, Loyal Airmen.  As ever thanks for stopping by. Hope to see you here next Friday for lots more fun things to report.

WE RIDE WITH ZORRO