Greetings Loyal Airmen, as we move closer to the month of July and the mailing out of the Silverline sci-fi giant comic, of which our “Beyond the Stars” was a part, we’re excited as to the several Stretch Goal items that became available. None more so than the BTS trading card. 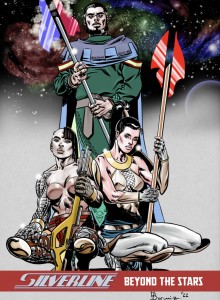 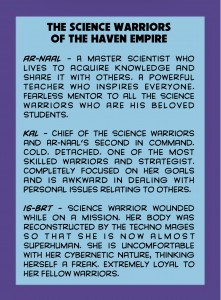 Artist Andrea Bormida and our letterer, artist Mike Belcher worked together to design this special card that all who donated to the campaign will receive with their comics. It features three of the Science-Warriors from the story, Aa-Naal, Kal and Is-Brt. Gonna be a great collectible.

Meanwhile BTS artist Andrea Bormida continues work on issue two. Above is his early pencil roughs for pg # 8. Once again, he captures the Air Chief’s script beautifully, bringing all the action and drama to magnificent visual live. 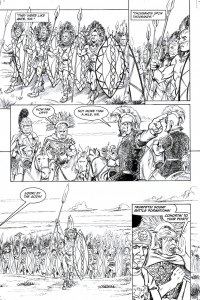 Airship 27 Production is thrilled to announce the release of “Yokai.” Continuing the further adventures of  Space hauler, Captain Tony Michaels and his alien co-pilot/partner, Jiin of Tz-en. Ted Hammond delivers the stunnng cover above and artist Don Simpson, the creator of the comedy super-hero Megaton Man does the wonderful interior illustrations.With this series, Carey has recaptured that old world space opera magic made popular by writers like E.C. Tubb, Andre Norton and Jack Vance. Available now from Amazon in both paperback and on Kindle. As ever Loyal Airmen, thanks for your continued support. 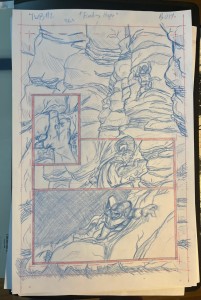 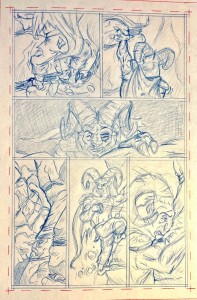 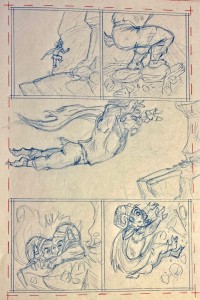 Artist Olivia DeGaine continues to work on completing our THE WOODEN BLADE # 3 featuring our sword wielding hero, Raizee the Ram. Her hope is to have the issue completed by the Fort Collins Comic Con which happens in Aug. All fingers crossed. 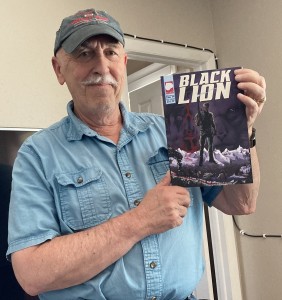 So look what showed up in the mail; my copies of my latest graphic novel, BLACK LION. A full color book available at Amazon, Loyal Airmen. 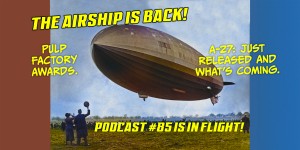 As many of you Loyal Airmen are aware, the Air Chief and Art Director Rob Davis do a regular video podcast on You Tube. We’ve been doing it for several years now telling folks what we are up to with Airship 27 Production. This past week we recorded episode # 85. Check it out, it’s less than an hour of madcap fun and two really crazy jokes.  Go to link. (https://www.youtube.com/feed/library)

And that’s it for this week Loyal Airmen, thanks ever for stopping by and we’ll see you back here next Friday. Till then, take care and God bless.