Greetings Loyal Airmen, we kick of this week with something truly special and a long time coming. 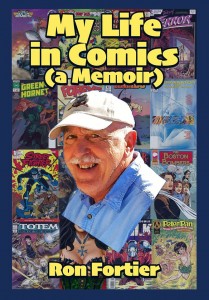 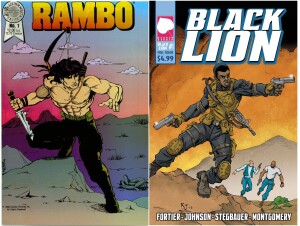 As many of you already know from past entries, long ago the Air Chief was involved with writing a Rambo comic series for an outfit called Blackthorn Comics. Sadly it failed after only one issue, all of which we relate in detail in our memoirs book. Ultimately several decades later we were able to alter those four scripts and created a new hero, Jamal Lyons, a former Navy Seal codename Black Lion. Then about three years ago we hooked up with former Army Sergeant Kevin Johnson and began producing the this four issue mini series via Rob Davis’ Redbud Studio. Last fall we released the 4th and final issue. 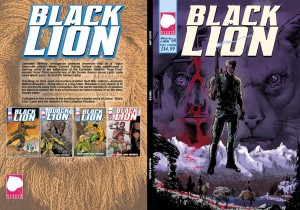 And now the Air Chief is proud to announce the release of the series as a collected graphic novel from Amazon. See covers above. Aiding Kevin and the Air Chief in putting this all together were colorist Arrick Church and letterer Warren Montgomery. Artist Shannon Hall did the cover. The book is over a hundred full color pages of action and adventure. And we’ve added a bonus section in the back, being the actual chapter from our memoirs which recounts how and why the Rambo book failed and eventually rose again to become Black Lion. We hope all you Loyal Airmen head over to Amazon and check it out. As ever thanks for your support and patience. Right now the Air Chief is wound for sound. 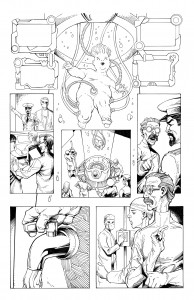 Artist Cesar Feliciano continues the birth of Darya Tonikova with Pg 35 of issue # 1 of our new spy action thriller. The book itself will be a total 0f 38 pgs when completed. We are still on the hunt for a top notch colorist to complete our production team. Keep in mind, there is no up front money for this project as it is Cesar’s plans to fund the comic via some kind of on-line funding program. Still, these pages beg for colors and the Air Chief is keeping all fingers crossed we’ll find someone soon. 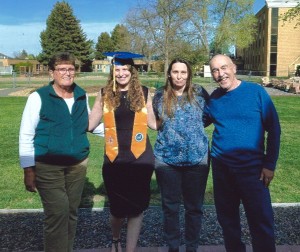 In the past months schools at all levels have been conducting graduation ceremonies to honor their students’ achievement. Here, the Valerie & the Air Chief were thrilled to congratulated our granddaughter Cora on receiving her Associate Degree in Business Administration from the local community college. She was an honor student and all of us are so proud of her. Left to right above, Val, Cora, Cora’s mom Nicole and the Air Chief. Son Alan snapped the pix. Cora hopes to eventually enter Colorado State University to complete her four year studies. 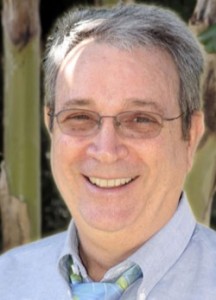 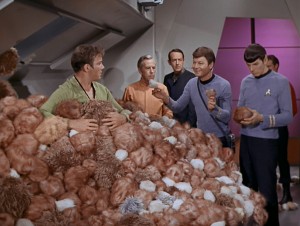 Arguably one of the best, and funniest, episodes of the original Star Trek TV series was “The Trouble with Tribbles” written by sci-fi author David Gerrold. We remember reading about Gerrold and his career in the pages of the then new genre monthly, “Starlog.” Beside working on ST, Gerrold also wrote for such sci-fi series as “Sliders” and “Babylon 5.”  Last week, while at the local comic shop with pal Todd Jones, we learned that Gerrold would be coming through Fort Collins on Wed the 8th and stopping to visit a friend who lives here. Todd worked quickly to set up a store-signing and it all happened today. He invited the Air Chief to tag along and we were only too happy to do so. David Gerrold showed up right on time at 11 a.m. and for the next three hours regaled us with dozens of great stories from his amazing career. He is one of the most personable souls we have ever had the pleasure of meeting. 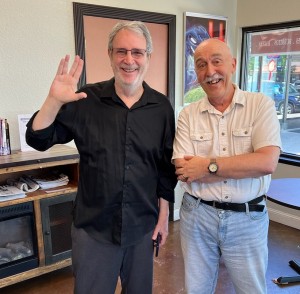 Among all the books on his table, was the one above (left) with the behind the story of that famous Star Trek episode # 44. We had him autograph it, which he gladly did. Then later, before he had to leave, we had this shot taken together. Sincerely, David Gerrold is a truly wonderful human being and blessing upon blessing, today the Air Chief made a new friend.

As if meeting one of the finest sci-fi writers in the world wasn’t enough fun for one day, the Air Chief returned home later that day to discover for the second year in a row Airship 27 Production was nominated for the PulpFest Munsey Award. This is the award given out every year at PulpFest and named after pulp pioneering publisher Frank Munsey. The award is given to folks who’ve made positive contributions to pulp history and fandom. In the nomination both yours truly and Airship 27 Art Director Rob Davis are named for our efforts with New Pulp to keep pulp literature and its fandom alive. We are flattered and extremely honored by this recognition and want to thank those people who nominated us and wish all the nominees congratulations. They are John Betancourt, Richard Bleier, Henry G.Franke III, Chris Kalb, Rick Lai, William Patrick Murray, Gary Phillips, Sheila Vanderbeek, Howard Wright and Dan Zimmer.

And that’s it for this week, Loyal Airmen. As can see it was a very eventful one at that. Thanks for stopping by and we’ll see you all here next Friday. God bless.