Greetings Loyal Airmen, this week we’re really happy to let you know that the long awaited, often stalled, Captain Hazzard graphic novel is once again back in production. For those of you who may not remember this project, a little history is in order. 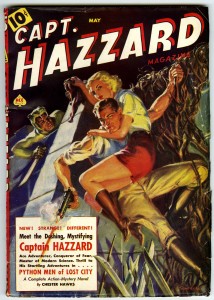 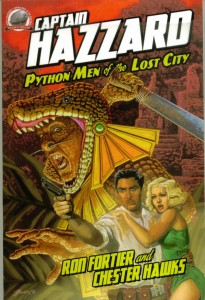 Captain Hazzard appeared in his own magazine dated May 1938. The story was titled “Python Men of Lost City” and was credited to one Chester Hawks. Whereas that is believed to be a house name for the veteran pulp writer Paul Chadwick. The concept of Capt. Hazzard was to launch an adventure hero who could compete on the newsstand with Street & Smith’s popular Doc Savage. Sadly Chadwick’s hear wasn’t really in it and the story was subpar and never captured the readers. Ergo, after only one issue the mag folded thus earning the pulp reputation as the One Hit Wonder. Many, many…many years later, the Air Chief found a reprint of that original magazine and we took it upon ourselves to re-write that original adventure and republish via Airship 27 Productions. Which we did all those years ago. It would be the first of five Captain Hazzard novels would would write and publish. 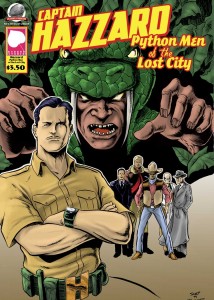 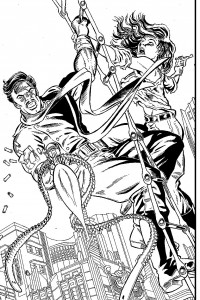 Along about the time we were putting out the first novel, the idea of adapting it to comics popped into our heads and we set about doing a graphic novel script version. It would take us almost ten years to find artists Craig Shepard and inker Eric Lebow to agree to bring it to visual life. Another fifteen years passed and in that time both Craig and Eric move homes and of course pages that all of us assumed were safely stored away were not. Thus after fifteen long years, thinking all three issues were completed, we discovered to our horror that half of the pages for issue # 2 and all for # 3 had been lost. No one knew what happened to them. Craig and Eric by then washed their hands on what seemed a cursed project and said so-long. It seemed we’d ever ever seen a Captain Hazzard graphic novel. 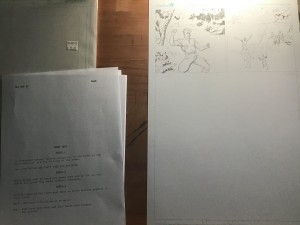 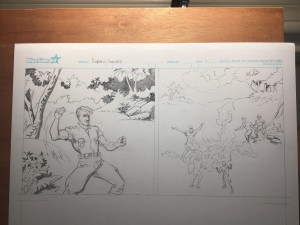 Then last year, an artist named Clayton Murwin hooked up with Airship 27 via Facebook and ended up illustrating one of our pulp novels for us, “The Eye of Dawn” by Brad Sinor. Both Rob and the Air Chief were delighted with his work and made sure to keep our connection with Clayton. Then towards the end of 2019, the Air Chief did a posting in which we recapped the sad conclusion to the graphic novel project. Clayton saw it, dropped us a line and asked if we still had the scripts for those missing pages. Why? Because if we did, he was volunteering to draw them for us. To in fact, FINISH the project. A few days ago, Clayton messaged me on FB that he had begun working on project. Above is his first page and next to it my twenty-five year old script. We are simply bowled over. Will a miracle finally come our way? If Clayton Murwin has any say in it, you can take that to the bank.  WAHOOO!! 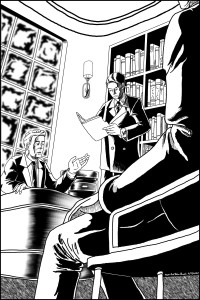 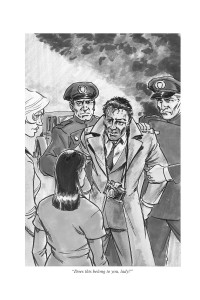 And because we love sharing early peeks at new artwork, here are a few you’ll soon be seeing in Airship 27 titles entering final stages of productions. To the left above is a scene from a Dan Fowler G-Man story from the new anthology by artist Kevin Paul Shaw Broden. To upper right is a scene from a new Curtis Fernlund story appearing in Mystery Men ( & Women) by our own Rob Davis. Both are gorgeous and drew up the volumes they appear in. We told you we had good stuff coming your way.

And three you have it for this week Loyal Airmen. As ever thanks for stopping by and we’ll see you here next Friday.