Greetings Loyal Airmen, today we want to share with you the evolution of a character we created long ago, space smuggler Captain Jain Marlee.  We created her for a short comic strip and the first artist to draw her was Brian Level, who at the time was only doing tattoos. 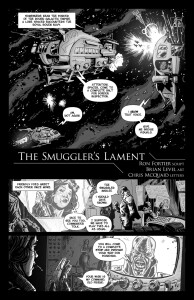 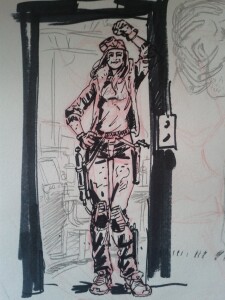 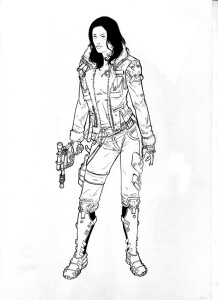 Above you have the first page to the very first Captain Jain Marlee story “Smuggler’s Lament.” Center is one of Brian’s early sketches of our gal. Shortly after this was published, we wrote a second story called “Cold Demise” and a Scottish artist, whose name we don’t recall now, did the sketch above at the right. He even did several pages…then for whatever reasons quite the project. 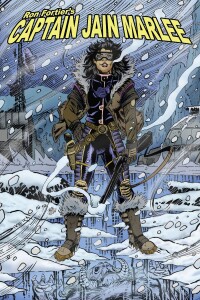 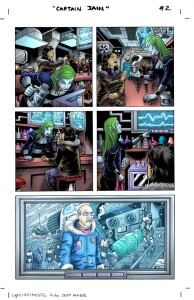 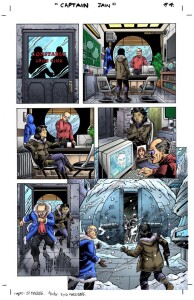 So up stepped artist Luis Rivera and he did a bang up job with the strip, he even drew yours truly as Constable Glick.  AND…managed to get a fully colored version out there. It seemed like Captain Jain was getting more popular with each passing year. 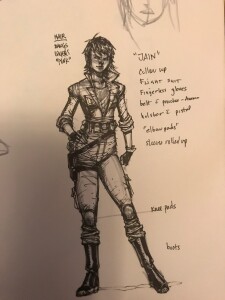 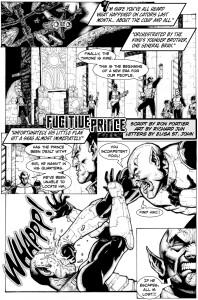 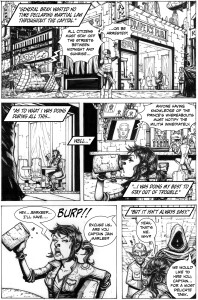 The third Captain Jain tale was called “The Prince” and this time the artist taking on our feisty space smuggler was Richard Jun, who gave her a more punkish look. Here are the two first pages of “The Prince.” Currently it is going to be reprinted in an issue of our friend Toddy Jones’ black and white comic anthology called WICKED AWESOME TALES. Thing is Todd has gotten artist Jolyon Yates to do a color cover featuring our gal. 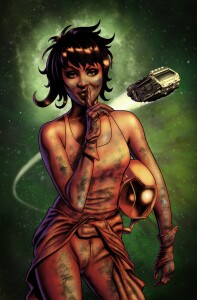 And we love it. There is a fourth Captain Jain Marlee completed script called “The Lost World” but it has yet to be drawn. Stay tuned. We’ll keep you posted. 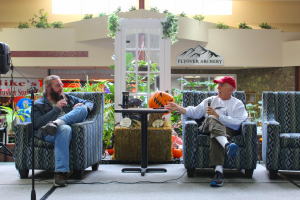 Last weekend the Air Chief returned to Scott’s Bluff Nebraska for the 4th Annual High Plains Mini-Mall comic day. Hosted and put on by my friend Mathew Rhys.  That’s us (0n the left) chatting about comics with Matt during the show.  Pix on the right is me at my table during a quiet moment. As ever it was a really fun day and thanks to all the great folks of Scott’s Bluff who stop by to say hi and picked up a few comics and pulps. 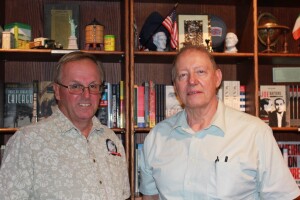 And that’s all for this week, Loyal Airmen. As ever thanks for stopping by and we’ll see you back here next week.