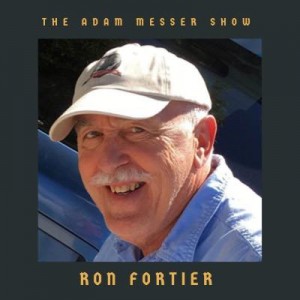 Greeting Loyal Airmen, over last weekend the Air Chief was invited to be a guest on a Savannah, Georgia, community radio program, the Adam Messer Show. Adam is an avid comics fan and pulp writer. We spoke on those subjects for two hours and it was a blast you. You can find part one of that show here –  (http://adammesser.libsyn.com/47-ron-fortier-part-one) and the second half here – (http://adammesser.libsyn.com/47-ron-fortier-part-two) 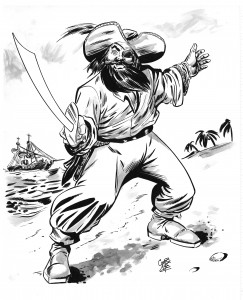 As of this writing, we’ve received over 80 entries for our WHO’S WHO in NEW PULP project being produced by Airship 27 Productions. Since most of the pages will be text data and some photos of the individual writers and artists listed, we thought we would solicit some fun art work to spice up the book. Several truly generous artists have answered the call, including Chris Nye who did this marvelous pirate drawing for us. Thanks Chris. And rest assured Loyal Airmen, we’ll continue to update you on the books’ progress. With any luck, it should be finished and in print by mid-July. 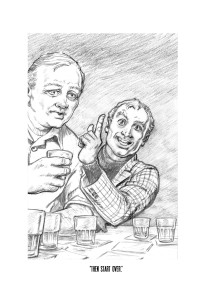 Now for something truly special. Last year, Oklahoma writer R.A. Jones came to us with an interesting question. R.A. is a veteran comics and pulp writer and we’ve published both his fantastic adventures and his straight up westerns. The man is super talented. In his letter, he reported having just finished a new novel unlike anything else he had ever written. He made it quite clear this was not an action-adventure pulp. Rather it was tender fantasy about a man, who on reaching his 6oth birthday, realizes he had lived a truly awful life. All of which was brought about the poor choices he’d made along the way. He’s divorced, childless and alone in the world. All in a rather miserable soul. At which point a strange little fellow shows up and offers him the chance to go back and live his life over a second time. Only this time, with the opportunity to make good choices instead of bad ones. And that’s the basic plot of THE ROAD TWICE TRAVELED. It is one of the most beautiful, profound novels, the Air Chief has ever had the joy of reading. In fact in several places, it brought tears to my eyes. Now, the book is in production and our very own Art Director, Rob Davis will be providing both the cover and interior illustrations. Unlike his previous illustration work, Rob is doing these in pencils only…to add to the overall atmosphere of tenderness this story demands. Above is Rob’s first illo we had to share with you. Hopefully in a few weeks we’ll be announce the release. Stay tuned, Loyal Airmen. This one is that special.

And three you have this week’s Flight Log, Loyal Airmen. As ever thanks for stopping by and we’ll see you back here next week.