DRACULA IN THE CAN 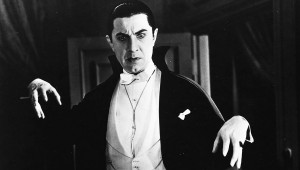 Greetings Loyal Airmen, and welcome to this week’s Flight Log. As many of you will recall from an earlier post, the Air Chief has been busy writing a new short story for another alternate world style anthology. This one focuses on the famous bloodsucker, Dracula and all the contributors where challenged to invent a new, non-vampire Dracula. We loved the idea and yesterday afternoon put the words THE END to a 9,000 word tale we call “World of Wonders.” Valerie says it’s a winner and we’ve always relied on her judgment. Anyways we digital submitted the manuscript and are now awaiting the editor’s decision. We’ll keep you posted for sure.

We are also thrilled to announce the release of a new Airship 27 pulp title. This one is a sci-fi adventure novel called “El’aris” and written by the always entertaining Wayne Carey. When he was a teenager, the Air Chief would reads lots of sci-fi paperbacks from Ace and Daw books. They were lightweight space operas (think Star Trek & Star Wars) and we absolutely loved them.  “El-aris” is a genuine throw back to those kind of fun paperbacks.  Artist James Lyle provided the black and white interior illustrations and the ever amazing Ted Hammond the beautiful color cover above. As ever the book is now available from Amazon in both paperback and on Kindle. Oh, and heads up, this is actually the first in a series, Wayne tells us. So you’d best hop on now. 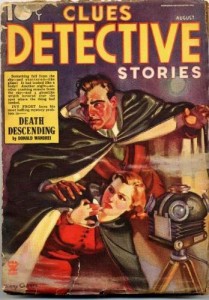 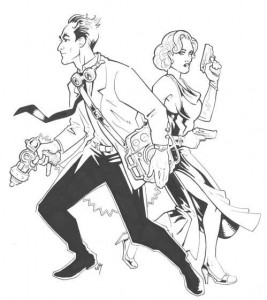 Finally, with the Dracula tale wrapped up, the Air Chief turns his attention to his next writing gig. We’ll be writing new I.V. Frost  stories for Moonstone Books. I.V. Frost and his lovely assistant Jean Moray were the creations of writer Donald Wandrai and appeared in 18 stories in Clues Detective Stories. We’ve written both prose and comics stories of them and look forward to doing more. They are great pulp characters. Stay tuned Loyal Airmen, we’ll keep you posted.