Greetings Loyal Airmen, well summer has hit with a sledgehammer these past weeks across the country with temperatures rising to 100 everywhere. Time to stay indoors and hydrate Loyal Airmen. Watch all outdoor activities and be smart. Now to some fun stuff. 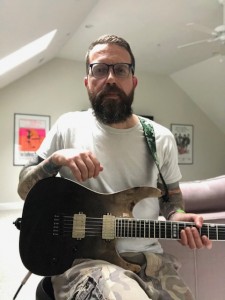 Perhaps the greatest treasures all of us have in this world is our families. The Air Chief is well aware he’s been blessed with the most amazing family ever. Above is our middle son Kevin who recently sent along this photo of him with his new electric guitar. Whereas we’re the writing dude, Kevin’s God given gift is music and he does it extremely well. While his older brother Scott is a train enthusiast and has made more model train sets than we can remember. Again, all wonderful talents that we share with the world. 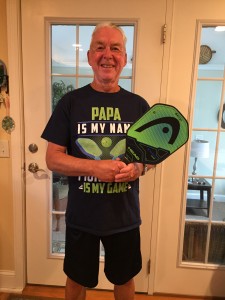 Whereas the Air Chief has two younger brothers, George (above) who resides in Massachusetts and Paul. who makes his home in Vermont. In the past year or so, George and his wife Anne have become huge pickle-ball players in their town. So what with Father’s Day coming this weekend, George’s grandkids gifted him with this shirt that read – PAPA IS MY NAME – PICKLE BALL IS MY GAME!!!  Ha, ha, ha. We love it…as much as his four wonderful grandkids love him. 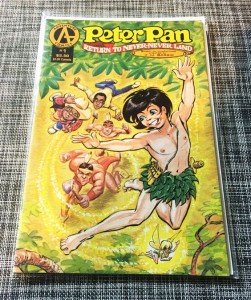 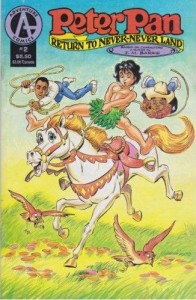 Many, many moons ago, artist Gary Kato and the Air Chief produced a two-part comic book for Malibu Comics then subsidiary line called Adventure Comics. It was called PETER PAN – Return to Neverland and after they had published both issues (in full color mind you) they then later collected them both in one comic package. Gary and the Air Chief were always very proud of this little gem and over the years gave away all of our own copies, while happily holding on to the original black and white pages. Over the past few years, attending more and more comic shows here in Colorado, we began to wonder if it might be possible to republish that Peter Pan comic via our own on-demand printing as we did with our Mr. Jigsaw comics, again through Rob Davis’ Redbud Studio imprint. So we reached out to Mort Todd who had in the past colored Jiggy stories for us and asked if he might be interested in joining us on the project. Mort agreed, but after the lost year of covid, he found himself backed up with so many of his own projects, he finally had to admit there was just no way he could possible find time to color 51 pages of comics for us. So it seemed that the Peter Pan book would never again see the light of publication. Then, a few weeks ago, while talking with artist Mike Belcher about our new Black Bat graphic novel, it suddenly hit the Air Chief that Mike’s son, who has always colored his books and is now doing a great job on the Black Bat pages would do a great job with Peter Pan. We put the offer to Aiden over a Skype chat one afternoon and much to our delight, he agreed to join our team and color those pages. We were back on track. 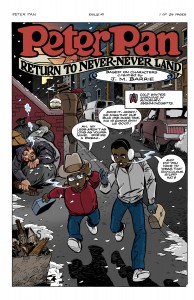 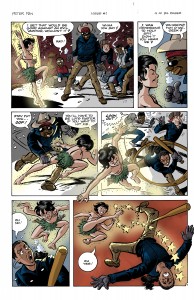 Above are the first two pages Aiden has completed. Upon receiving them digitally, we immediately shared them with Gary and he, as expected, flipped out. They are beautiful. Aiden is doing a super job with his colors and now it looks like, after almost thirty years, PETER PAN – Return to Neverland is about to get a second life in a brand new Redbud Studio edition we will be publishing via Amazon. Stay tuned, Loyal Airmen, we’ll certainly keep you all posted.  Wahoooo!

And there you have this week’s Flight Log Loyal Airmen. As ever thanks for stopping by.