Greetings Loyal Airmen, this week we want to talk about friends, an all important topic even in this year of Covid 19. The gentlemen above is Jaime Ramos, a writer/editor we were introduced to by our mutual pal, Brant Fowler. Jaime put together an anthology a few years back that won the Pulp Factory Award for Best Anthology and writer David Michelanie Best Pulp Short Story. It was this show that we met Jaime and his family. He’s a great guy, although his health for the past few years has been anything but good. He has diabetes and his kidneys are shot. He was on a kidney transplant list but that never happened. As time as moved on, his condition only continued to deteriorate until recently he had several surgeries but they proved unsuccessful and he was sent home. 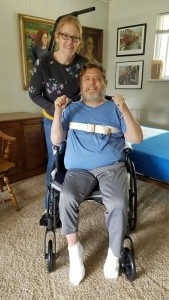 He then learned that his insurance would cover the cost of a wheelchair and a hospital bed, which he and his wife then procured. Through all this, Jaime’s spirit never waivers. He’s a fighter and recently told the Air Chief in a message that he’s simply not ready to die. He has too much to live for. Today, over on FB, he posted that he will be going back into the hospital and it is most likely his right leg will be amputated. Right now, we find ourselves at a true loss for words and would ask all you Loyal Airmen, please, regardless of your faith, send lots of prayers to Jaime. And if you’r not of that inclination, then your kind thoughts will also be most welcome. It’s a matter of all of recognizing another human being and his struggles, struggles that could easily be ours as well.  Hang in there, Jaime.  You are and have always been a winner. 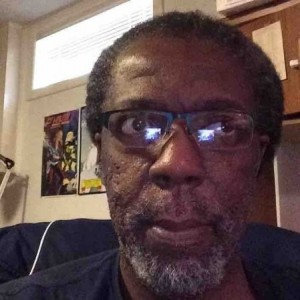 Another super good pal is comics creator Warren Montgomery of Portland, Oregon. We hooked up with Warren online when putting together our comic series BLACK LION and were looking for someone to letter it. Warren saw our posting and signed on. From that point on, he not only did lots of lettering for us, he also published several of our own comic stories in his Will Lill Comic anthologies. We became a mutual admiration partnership and now, Warren is giving his very cool super hero his very own title. 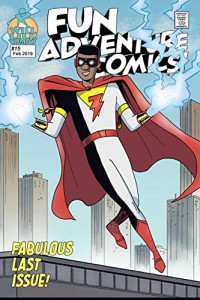 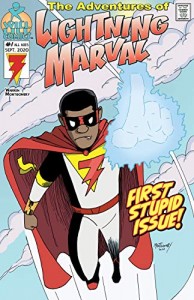 Lightning Marval first appeared in FUN ADVENTURE COMICS, Warren’s really great anthology series that ran for 15 issues. Now, as said above he’s starring in his own title and it absolutely fantastic. The first issue weirdly titles “After Prologue” has Happytoe Oregon’s might hero attacked by villainous super beings. He deduced they are merely the minions of a controlling mastermind. All it all, Warren’s art is clean and perfect for his straightforward narrative and all his characters, from Fred our heroes, to the supporting cast and bad guys are just wonderful. If you miss the fun in comics, you need to check this one out fast. Simply visit on-line (www.wlcomics.com) and tell them the Air Chief sent you. 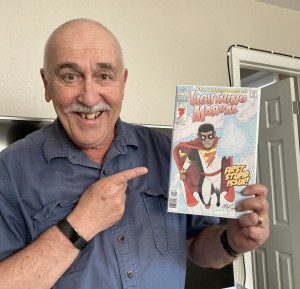 And that’s our Flight Log for this week, Loyal Airmen. As ever thanks for stopping by, be well and stay safe out there.