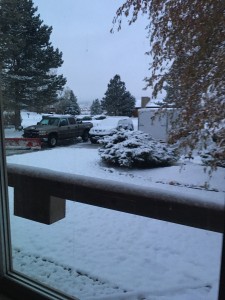 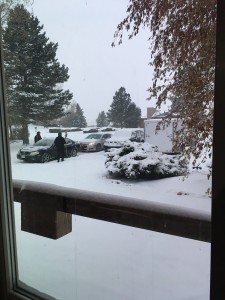 Early Monday morning of this week, snow came whipping down out of the mountains and covered Fort Collins in a blanket of snow.  (Photo top left.) The sun came out in the afternoon and cleaned things up a bit, but then early this morning (Tues) the second front moved in (Photo top right.) and is going to be with us until sometime tomorrow morning. Thus forcing us to cancel our Comics Writing Class this evening. The Air Chief doesn’t want any of his students on those slick roads tonight. 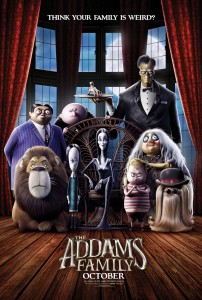 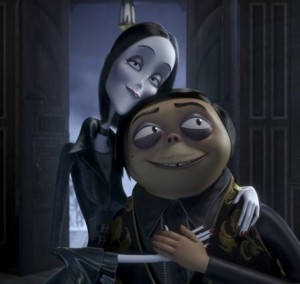 It was Halloween last night and so last week Valerie and the Air Chief went to see the new animated comedy THE ADDAMS FAMILY based on the famous New Yorker cartoons by Charles Adams. We loved the old 60s TV series and subsequent live-action movies. The studio was smart to release this now. It is a fun movie and we’re told a sequel has already been approved.

We spent last Sat at the third annual High Plains Mini-Con at the Monument Mall in Scottsbluff Nebraska and had a great time. Sadly we didn’t get the chance to take a pictures but want to thank Barry Tetz and Mathew Rhys for inviting us again…and all the great folks who came out. It was a super fun day. 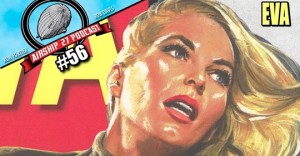 And before we forget, the latest Airship 27 Podcast # 56 is now live at You Tube wherein the Air Chief and our Chief Engineer Rob Davis talk all things pulp, including news about a great new book from #new texture books called “EVA- Men’s Adventure Supermodel” and big news concerning next year’s Pulp Fest. So go on over to YOU TUBE and check it out. As ever thanks for your support. Each of our episodes logs in between 90 and 100 views. 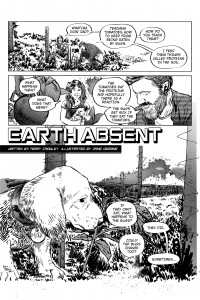 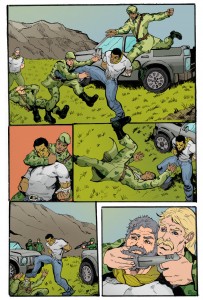 On the comic front we’ve a couple of really great projects to report on. First, our third Class Comic created from my writing class, Front Range Tales # 3 is nearly completed. Up at left is pg # 1 of a story by student Terry Crawley and drawn and lettered by artist Zane DeGaine, while to the left is a page from Black Lion # 3 as drawn by Kevin Johnson and colored by Arrick Church. The class comic should be out in a few weeks.  Whereas Black Lion by the end of the year, fingers crossed.

And there you have this week’s Flight Log on Nov 1st, All Saints Day, and our Mom’s 95th Birthday. Happy Birthday Gabrielle Fortier, with so much love.