Greeting Loyal Airmen, looks like summer is racing onward at breakneck speed and the Air Chief is doing his best to keep up. 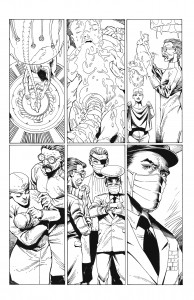 Artist Cesare Feliciano turned in Pg # 36 of this comic project. Only two more pages and issue number one, in regards to the art, is completed. That leaves lettering and coloring. We’re still on the hunt for a talented colorist, so if any of you Loyal Airmen know of such, send them our way. Please. 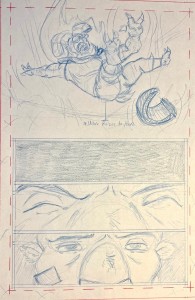 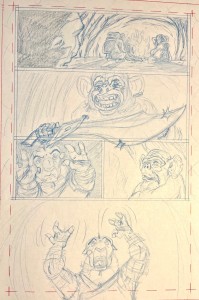 Artist Olivia DeGaine is moving at warp-speed to wrap Raizee’s latest adventures for issue # 2 of our Wooden Blade series. Will be really anxious to see these pages completed and what she whips up for a cover. She’s doing such a great job with this series.

BEYOND THE STARS Issue # 2 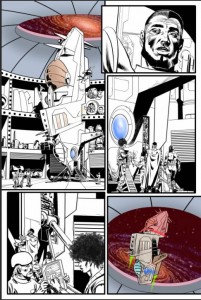 From rough layouts to colors, artist Andrea Bormida delivers Pg # 7 of the second issue of “Beyond the Stars.” We so love his work. 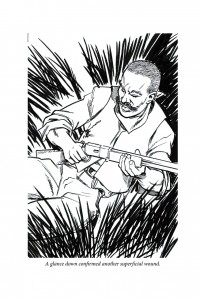 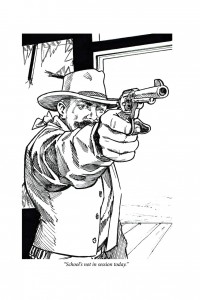 As this week’s log isn’t as loaded as previous entries, we thought we’d end it with giving all you Loyal Airmen a sneak peek at two of Art Director Rob Davis’ new illustrations for the current “Bass Reeves – Frontier Marshal Vol 5″ now in production. This, as the previous four volumes in the series, has four new adventures featuring the greatest western lawman who ever lived. Rob, like the air chief, is a western buff and especially enjoys illustrating this series. As we’ve mentioned before there is at along last going to be an actual Bass Reeves mini-series for television created by writer/director Taylor Sheridan and coming from Paramount. Let’s hope the get it right.

And that’s a wrap for this week Loyal Airmen, as ever, thanks for stopping by and God bless.