MUSIC FOR THE NOVELS

Greetings Loyal Airmen, this week we want to discuss a subject near and dear to us, movie music. Ever since we devoted ourselves to becoming a professional writer, we learned that listening to music scores from movies helped put us in the proper frame of thought for whatever we writing.

In fact the first actual novel we ever penned, “Trail of the Seahawks” co-written with the late Ardath Mayhar owes much of its existence to John Williams score to “Raiders of the Lost Ark.” It was such a rousing score, that before starting the novel, the Air Chief bought a vinyl album of the score and then proceeded to play it all the while we were pounding away at the keyboards. Honestly, thought it did help a great deal, poor Valerie was really happy when the book was finished and she wouldn’t have to listen to that one album over and over again.

Seriously though, from that point on, we continued to collect movie soundtracks. Eventually when CDs came along, we switched over to them. During that time we’ve amassed a collection of nearly 500 movie music score. And us clarify that, by score we me original music written by a composer. No songs ala a soundtrack. Songs would only conflict with our creative juices while writing. This little hobby of the Air Chief has been really rewarding to the point we were actually wrote liner notes for a Marco Polo disc recording of “The Most Dangerous Game” & “Son of Kong” CD produced and conducted by Hollywood composers John Morgan and Bill Stromberg, two good friends. 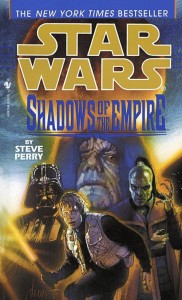 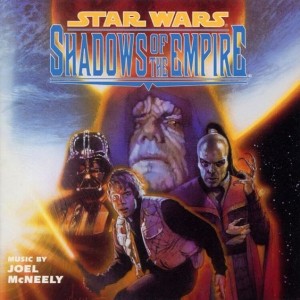 Now in the past, a few enterprising composers have actually written music scores for books. One such was composer Joel McNeel who was asked to write a score for writer Steve Perry’s Star Wars novel “Shadow of the Empire” which was based on a SW video game. Taking cues from many of John Williams earlier movie scores, McNeely created others from the characters in the book and with a full orchestra  actually produced a beautiful score that was packaged and sold. We have a copy. It was recently re-released on-line.

Now another such talented young composers did the exact same thing, which in turn led to a rather surprise meeting with the Air Chief. 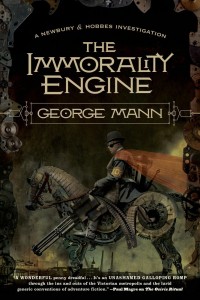 George Mann is a British writer of steampunk, that sci-fi sub-genre that is so popular these days. In fact Mann is one of its best proponents and over the past twenty years has written several novels in his fantasy adventure series featuring Queen Victoria’s personal agents Sir Maurice Newbury and Miss Veronica Hobbes beginning with “The Affinity Bridge” back in 2000. It was later followed by “The Osiris Ritual” and “The Immorality Engine,” and several others. Among Mann’s legion of fans, was American music composer, Brad Hoyt. Hoyt contact the author and somewhere in their exchanges, suggested the possibility of his writing a music score for each of these first three books. Mann agreed and Hoyt set about writing his score.

Hoyt set up his own webpage and as he completed each musical score, he would make them digitally available there. All until a few months ago when he was ready to combine all three scored into one CD set and sell that. To help promote it, author Mann shared the news of the album’s completion on his own Facebook page, which is where the Air Chief discovered all of this. Going to Hoyt’s own FB page, we queried him about ordering a copy of the disc and he immediately responded asking that we provide him with our mailing address. We did so. Less then ten minutes later he got back to us very, very surprised. You see, Brad Hoyt and his wife now live in Loveland, Co. our neighbor town. We actually live less then five miles away from each other. Amazing. By the end of that very day, we rendezvous in the parking lot of our local comic shop where he personally delivered my copy of his CD “The Music of Newbury & Hobbes.”

We’ve now had the pleasure of listening to it several times and it is beautiful. The cues and character motifs exceptional, moving and even haunting. He has totally captured the mood and atmosphere of each novel and when listening to the music, it is all too easy to see those various scenes coming to life in one’s imagination. So, if any of you Loyal Airmen love movie music as much as the Air Chief, do yourselves a favor and go check out his site (www.bradhoyt.com) – You’ll be glad you did.