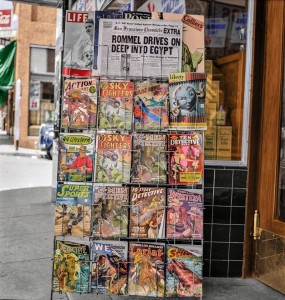 Greetings Loyal Airmen, someone this week posted this photo from 1942 show not only the news headlines concerning the war, but this amazing display of classic pulp magazines which we simply had to share with all of you.  Oh to time-travel back to this place and pick up a few of these while they were brand new. 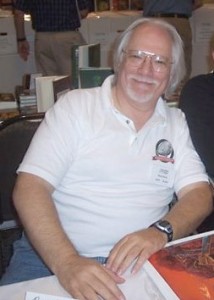 Last week, much to our surprise, we received a message from Art Director Rob Davis’ wife, Theresa. She wanted to remind us that yesterday, Aug 13th, was not only Rob’s birthday, but also his first official day of retirement. Yup, our partner in Airship 27 was about to sign up for social security after a lifetime of working.  Theresa obviously hadn’t let Rob know she was reaching out to me and hoped the Air Chief might be able to get the word out to all our friends and colleagues. The Air Chief immediately set about getting the news out without letting Rob know.

Then much to our surprised delight, British artist Graham Hill did up the portrait above and promised to post it on-line come the 13th which he did. We were thrilled. Then another British artist, Morgan Fitzsimons wrote saying she wanted to do a sketch of Rob, but in the costume of one of his favorite heroes. Now we knew Rob where comicbook heroes are concerned, like us, Rob loves Captain America and we almost replied with that answer. 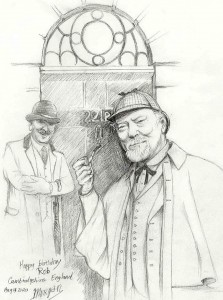 But at the last second, we realized Rob is also a huge Sherlock Holmes fan and over the past decade has probably done more illustrations of the Great Detective than any other artist in the entire world. Geez, what would Rob look like that familiar get-up. So we told Morgan to do him up as Sherlock and wow, but did she deliver…as seen above. And not only did she make Rob a great Sherlock, she went and added the Air Chief (without telling us) as Dr. Watson. We absolutely love this piece, as does Rob. 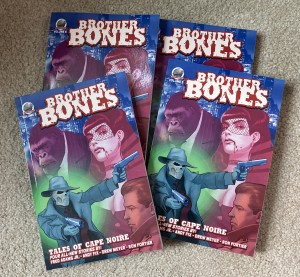 And finally, we are happy that our copies of the newest Brother Bones volume 5, Tales of Cape Noire have arrived at long last. Hope to have these on my table next year when returning to the convention circuit. And who knows, maybe by then there might even be a Web Series on the air. Time will tell. Till then, the book is available at Amazon in both paperback and on Kindle. Thanks ever Loyal Airmen for your continued support.