Greetings Loyal Airmen, well up until last week, April had been a bit slow in regards to releasing new Airship 27 titles. And then just before Easter week-end out came two new books and a very special omnibus edition. Wahoo. 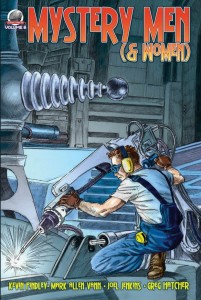 First to arrive was our second Jon Shadows thriller, “Deadly Shadows” by Teel James Glenn. This one has two new Jon Shadows adventures with interior art by Tedd Lehman and a cover by Rob Davis. A few days later we released “Mystery Men (& Women)” the 8th volume in this hugely popular series featuring brand new pulp heroes. This book had stories by Joel Jenkins, Kevin Findley, Mark Allen Vann and the late Greg Hatcher. Greg’s third Dr. Fixit got the cover spot. All art, cover and interiors, again by Rob. And stay tuned, it is our plan to honor our friend Greg later this year by collecting his three Dr. Fixit tales then added a fourth he started before his passing, and we since had completed, into one book devoted to the character. More info as the project develops. 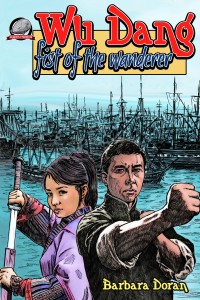 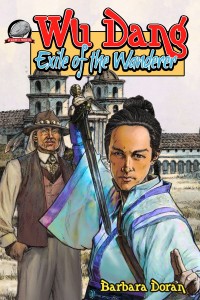 Over the past two years writer Barbara Doran write an exciting trilogy of a Chinese Martial Artist who comes to American during the California gold rush days. Above the covers to those three amazing books. All are still available separately but we thought we’d collect them for you Loyal Airmen. 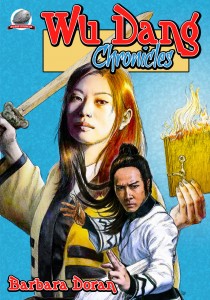 WU DANG Chronicles collects the entire trilogy, to include all 27 of artist Gary Kato’s wonderful interior illustrations. It is now available at Amazon, and of course cheaper in this new, bigger edition. Some really great storytelling between these covers, for sure. Barbara is an amazing writer. 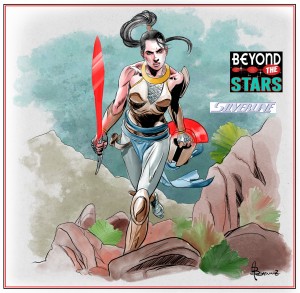 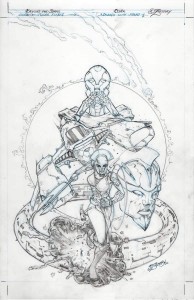 As we near the launch of the Kickstarter Campaign (May 5th) artist Andrea Bormida has graced us with another great sketch of Kal, Chief of the Science-Warriors tasked with stopping the Black Cloud from destroying the universe. To upper right is an alternate cover in production by amazing artist Dean Zachary. We are so excited about this new comic series, but so much depends on the Kickstarter Campaign being successful. If we don’t reach our goal, it will be a real tragedy. Please help us spread the word and go and sign up now. 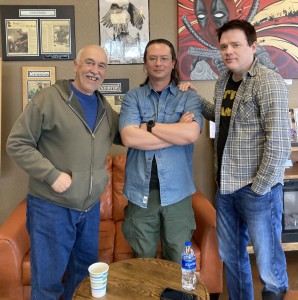 As the Beatles sang, “I get by with a little help from my friends.” Every since moving here, to Fort Collins, CO, the Air Chief has been blessed with making so many truly good friends. The first of these being fellow writer Todd Jones. (Above at right.) Todd is a great guy and very much like a fourth son to yours truly. In the middle is James Gaubatz, a comic book letterer and another true friend. In fact, it has been our tradition, for the past twelve years to get together once a week (if possible) at the local comic shop cafe for some coffee, soda and fun conversations about everything under the sun. They, and many others here in this city, have made the past twelve years super for us. God bless all my Colorado peeps.

A reminder we are two weeks away from launching our Kickstarter Campaign for BEYOND THE STARS. We truly hope you will spread the word. And you CAN go to the page right now and sign up to be notified when that happens. See link below.

That’s a wrap for this week Loyal Airmen, as ever, thanks so much for stopping by and God Bless.