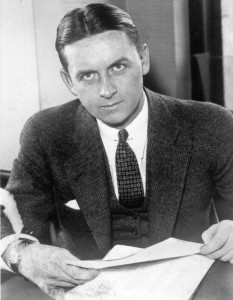 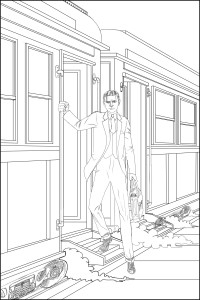 In the story, famous Federal Agent Elliot Ness comes to Memphis to hunt down the Bay Phantom to ascertain whether he’s really a vigilante working on the side of law and order or an actual crook. Above is a picture of the man himself and next to that illustrator Kevin Paul Shaw Broden’s wonderful sketch of Ness arriving in the city. We’ve said it before and this is just another example, Airship 27 has the best artists in publishing today. 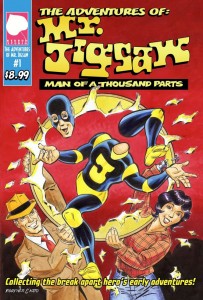 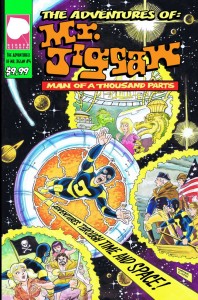 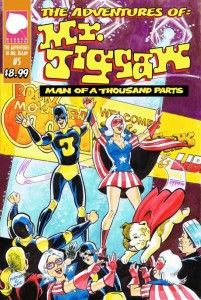 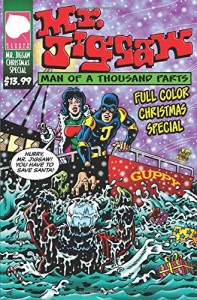 Ever since we released our first ever full color Mr. Jigsaw Christmas Special, we thought it would be smart go back and look closely at the five issues of THE ADVENTURES OF MR. JIGSAW.  Keep in mind, that each issue contains 3 full issues of the regular 24 pg MR. JIGSAW Man of a Thousand Parts comics series. In doing so, we realized that several volumes were no longer available and some actually had missing pages. At which point Redbud Studio Editor Rob Davis took it upon himself do to all brand new editions of each of the five volumes, insuring that each was complete and that includes adding special pin-ups rarely seen until now. And the Air Chief is delighted to tell all you Loyal Airmen that Rob’s task is complete. You can go to Amazon today and order any of these books with no problems should you wish to complete your Mr. Jigsaw comics collection. And don’t forget, that Full Color Christmas Special that kicked all this off is still there. We think you’ll enjoy any of these and will your kids or grand kids. As ever thanks for your continued support. 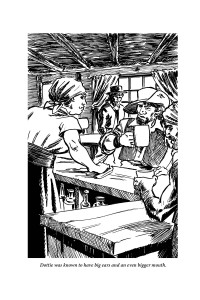 Finally this week we want to leave you with a sneak-peek at one of the nine interior Illustrations Rob is doing for the next Jezebel Johnston Pirate Queen saga by Nancy Hansen. This one is called SISTERS OF VENGEANCE and should be out in another month. We’ll keep you posted. Till then, thanks for dropping by and we’ll see you next Friday.