Greetings Loyal Airmen, we’re going to start this week off with some artwork from several comic projects the Air Chief is involved with. 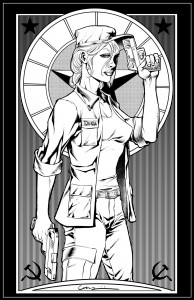 We’ve mentioned JIN & TONIK often in the past year. Created by artist Cesar Feliciano and further developed by yours truly, it is the story of two unique assassins, one Chinese and the other Russian. Above is Cesar’s most recent drawing of Darya Tonikova. Guess which one she is. Chuckle. Kidding aside, Cesar is such an amazing artist and working with him is a joy. 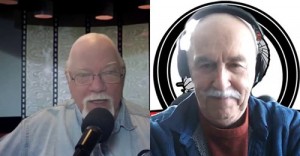 On other fronts Chief Engineer Rob Davis and the Air Chief recorded Episode # 72 of the Airship 27 Podcast a few days ago and it’s up at You Tube…at this link.  (https://www.youtube.com/watch?v=h3Xw29s60rU&feature=youtu.be) We hope you’ll check it out. 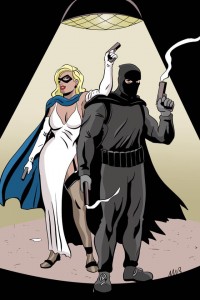 About a month ago, artist Mike Belcher drew the above colored pin-up of classic pulp heroes Domino Lady and the Black Bat, the piece being colored by his super talented son, Aiden. Well shortly after he’d completed that, he suggested we do a new Black Bat comic book together. All of which evolved into us doing a full out Black Bat graphic novel. Mike will pencil, ink and letter and Aiden will color. Once completed it will be self-published via Ka-Blam and sold on their retail site, Indy Planet.com – The Air Chief couldn’t be happier. 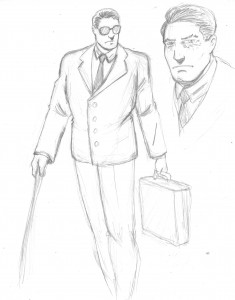 In discussing the project, we decided we’d use to graphic novel to retell the characters origin story as it appeared back in Black Book Detective dated Sept. 1938 – Written by Norman Daniels under the house name of Wayman Jones, it tells of how crusading District Attorney is blinded in court by criminals he’s attempting to convict. Long after he’s accepted his fate, a mysterious young lady shows up and offers him a chance to regain his sight. Tony jumps at it. A special operation not only returns his sight, but it also allows him to see clearly in pitch black darkness. 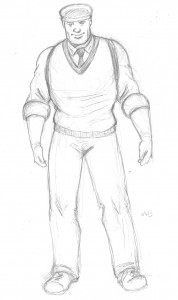 Tony decided to keep the fact that he can see a secret and use his new found abilities to fight crime as the masked the avenger, the Black Bat. He’s aided not only by Carol, ex-prize fighter Butch O’Leary and reformed con-artist Silk Kirby. Now initially our thought was to adapt Daniel’s story word for word, scene for scene. But upon reading, it simply isn’t the right approach. The story takes more twist and turns than a pretzel and Mike and the Air Chief wanted to present a straight narrative with a beginning, middle and ending, filled with drama and action. So our version will be that, an adaptation for the graphic media. When will it be available? You’re guess is as good as ours. We’ve started writing the script and hope to have it wrapped up in March. Then its off to Mike to work his magic. Wish us luck, keep your fingers crossed and we’ll keep you posted along the way.

Finally this past week Christians around the world celebrated the beginning of Lent, the 40 days period of prayers and fasting before Easter. It is a time of reflection, of setting one’s house in order and being aware God loves us despite our sins and failings. To all of you on this journey, know we are fellow travelers and every day of this Lent the Air Chief will be praying for you, that you reach Easter with a heart full of hope and love. Amen.