Greetings Loyal Airmen, well Valerie and the Air Chief are once again back home in Colorado after our ten day trip back to New England. We had a great time visiting with family and friends. 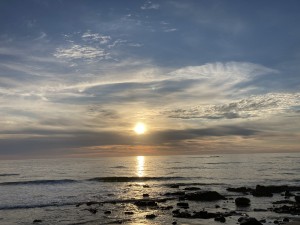 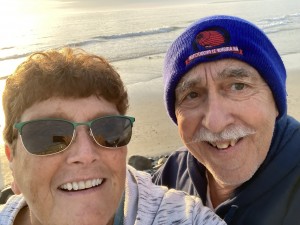 During our trip we stayed at Wells Beach, Maine. Our rental was one mile from the beach itself and four out of the ten days we were there, Valerie and the Air Chief would walk down to the beach to see the sun come up over the Atlantic. It was breath-taking. Also a bit chilly. Happy Val had packed some cold weather gear. 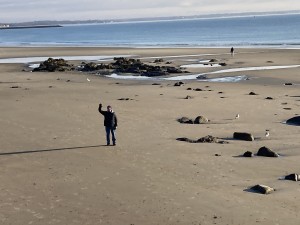 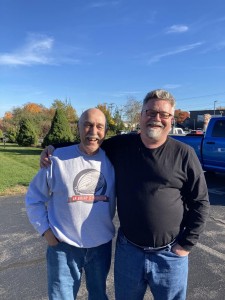 Upper left, the Air Chief took a hike along the beach at low tide. That’s us waving to Val still on the viewing deck. Later that same day son Scott drove up to see us. It is always so great to see him. 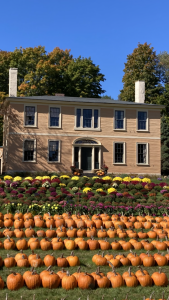 A few days later our daughter Michelle and her husband Chris met up with us and drove us up along the Maine coast through places like Kennebuck Port (where the former President Bush and his family have their estate) and Sebago Lake. At one point we past a house selling pumpkins and stopped to take the pictures above. 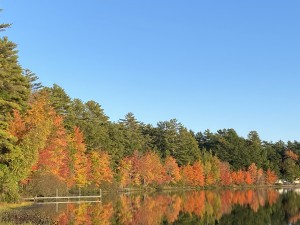 We ended our trip with a drive up to Colchester, Vermont to visit our brother Paul. The Fall colors were fully on display. Valleys and mountains covered as if by a giant colorful quilt draped over the landscape by Mother Nature. We so love New England in October. 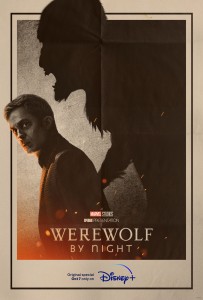 We grew up loving the old black and white Universal monster movies. Much more so than what passes for “horror” flicks these days. So you can easily image in just how much fun we had watching Marvel’s WEREWOLF BY NIGHT on Disny Plus. A perfect Halloween gift to all of us fans. 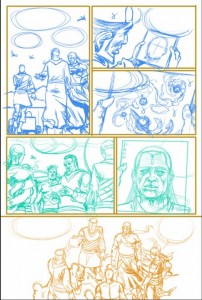 Artist Andrea Bormida turns n pencil pages for Pg # 14 of “BEYOND THE STARS” # 2. We love his panel compositions. 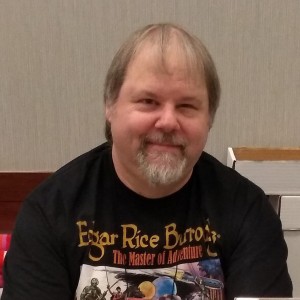 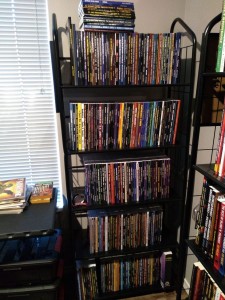 We’ve often said we at Airship 27 Production have the best fans in the world. Well that’s no understatement as we’re about to show you. Several years back a new writer/editor/publisher entered the New Pulp community and almost immediately became a great addition to our ranks. His name is Mark Vander Zanden (above) left and once a part of our pulp gatherings, Mark set a goal for himself of collecting every single Airship 27 title currently in print. Art director Rob Davis and the Air Chief were so bowled over by this enthusiasm, we actually acquiesced to Mark’s plea that we de “new” editions of those title that had long gone out of print. His sincerity won us over in the past few years we’ve done just that, allowing Mark to keep adding to his collection.  Yesterday afternoon, Mark posted the above photo (to the right) stating with arrival of our last two releases, he now owns the entire Airship 27 library.  WOW!! We honestly are at a loss of word. Talk about making the impossible happen. Meaning what you see on that book shelf is 267 Airship 27 titles.  Again…WOW!!  And way to go, Mark. Thanks so sincerely for your wonderful beyond the call support of our humble efforts. Oh yeah, we have the best fans ever!!