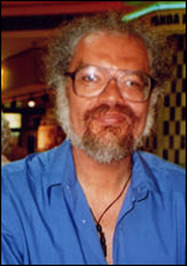 Dear Loyal Airmen, what follows is an editor bio of my friend, Charles Saunders, lifted from Wikipedia. Yesterday, I discovered that Charles had passed away months ago and the news of his death is just reaching the public. Why that is, I don’t know. My association with Charles goes back to the first few years of my return to civilian life after being discharged from the Army in 1968. Getting involved with fandom, I had several pieces of fiction published in various fanzines including Gene Day’s Dark Fantasy. Eventually I joined a writer/artist group called THE SMALL PRESS WRITERS & ARTISTS ORGANIZATION – SWPAO. Among its members were Richard and Wendy Pini, Charles, Gene Day, Gary Kato, Ardath Mayhar, Joe Bonadonna, David C. Smith and Kevin Anderson. 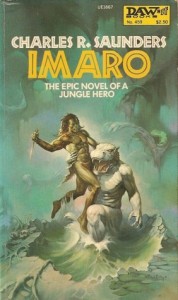 At one point, I was the club’s President and Charles my Vice-President. All this was prior to computers and the internet and all of us corresponded by mail. Whereas both Charles and I were baby boomers having been born in 1946, we couldn’t have been more different in our backgrounds and upbringing. When Charles learned I was a veteran of Vietnam, he told me in a very sincere letter that he had felt that conflict immoral and because of that ignored his own draft summon and fled to Canada, where he became a citizen. He wondered if a Vet and Draft Dodger could be friends. Truth is I admired a man who had the courage of his convictions and told him that. It was a mutual respect we would share for many, years. Our mutual love of writing the bond that cemented our friendship.

Shortly after Valerie and I were married, at Charles’ invitation, we flew to Ottawa to visit him and Gene Day. Charles was nearly 7 feet tall and upon greeting us at the airport, he grabbed Valerie in a bear hug and lifted her off the floor. She confessed the last time anyone had ever done that to her had been a store Santa Clause. Charles told her to call him her very own “Black Santa.” Our trip was a week long and we had so much fun. This was all before Gene passed away and Charles eventually moved to Nova Scotia. Over the years his career continued to rise, inspiring several generations of young black writers with his adventure tales of his mythical Africa. After Rob Davis and I started Airship 27 Productions, Charles became one of our first proof-readers and after years of me pestering him, created Damballa, the first ever black 1930s pulp avenger.

In the past few years he’d become involved with Milton Davis of Atlanta Georgia and his Sword and Soul novels and anthologies, becoming a friend and mentor to as yet another generation of young writers. The legacy he leaves behind is beyond my humble ability to measure. I just know it is real and for years to come, his name will be spoken along with those of J.R. Tolkein and Robert E. Howard. Charles was a great man and my friend. I will miss him greatly.  Now read the facts… 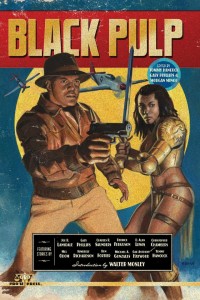 Charles R. Saunders also credited as Charles Saunders (born July 12, 1946[1]) was an African-American author and journalist living in Canada. During his long career, he  wrote everything from novels both fiction and non-fiction, to screenplays and radio plays.Saunders was born in Elizabeth, Pennsylvania, a small town outside Pittsburgh. He later lived in Norristown before going to Lincoln University, from which he graduated in 1968 with a degree in psychology. He moved to Canada in 1969, living in Toronto and Hamilton, Ontario before a 14-year stay in Ottawa. He moved to Nova Scotia in 1985.[2] 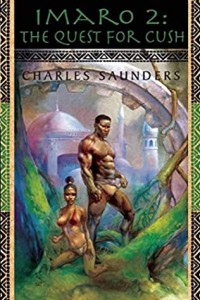 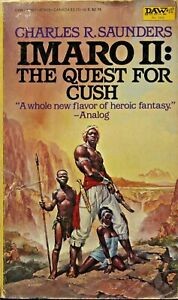 Charles read his first work of science fiction in 1958, a misremembered novel by Andre Norton; this he states was what got him into the genre.[3] Inspired in Africa, he created the fictional continent Nyumbani (which means “home” in Swahili), where the stories of Imaro, his sword and sorcery series, take place.[4] In 1974, Saunders wrote a series of short stories for Gene Day‘s science fiction fanzine Dark Fantasy. The issue of Dark Fantasy with the first Imaro story found its way to Lin Carter, who included it in his first Year’s Best Fantasy Stories collection, published by DAW Books in 1975. This publication brought Saunder’s work to the attention of Daw publisher Donald A. Wollheim, who eventually suggested that Saunders turn his Imaro stories into a novel. Six of the novellas originally published by Gene Day in Dark Fantasy (“Mawanzo”, “Turkhana Knives”, “The Place of Stones”, “Slaves of the Giant Kings”, “Horror in the Black Hills”, and “The City of Madness”) would later be used in his first novel, Imaro, which was published by Daw in 1981.[5] 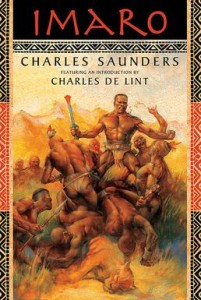 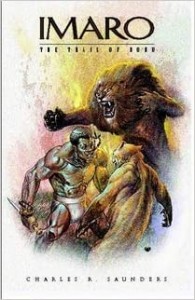 But a lawsuit by the Edgar Rice Burroughs estate over a poorly chosen cover quote, The Epic Novel of a Black Tarzan, caused a one-month delay in shipping as the books had to be reprinted, which led to poor sales. Saunders wrote and sold two more books in the series, The Quest for Cush (1984) and The Trail of Bohu (1985).[3]

In Nova Scotia, Charles worked the night shift at a local newspaper as a copy editor, and wrote his thoughts out in longhand during the day. Nova Scotia’s black community is largely descended from African Americans who went over to the British side during the American Revolutionary War and the War of 1812; they were given freedom and land in Nova Scotia after those wars ended, and created communities such as Africville. Charles wrote four non-fiction books about the Nova Scotia black community, including a collection of his columns.[5] 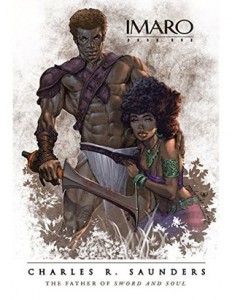 In 2006, small press Night Shade Books made a deal with him to publish an updated edition of Imaro. This new edition excludes the novella “Slaves of the Giant-Kings”, which Charles felt held too many parallels to the present day Rwandan genocide.[3] In 2008 the second novel in the updated Imaro trilogy The Quest for Cush was published by Night Shade Books, and the company has decided not to publish any other Imaro novels at this time.

In 2008 Saunders released the related work Dossouye through Sword & Soul Media and the online publisher Lulu, Dousouye is a fix-up novel created from the short stories “Agbewe’s Sword”, “Gimmile’s Songs”, “Shiminege’s Mask”, “Marwe’s Forest”, and “Obenga’s Drum”, the last previously unpublished. Dossouye herself is a woman warrior inspired by the real-life female warriors of the West African Kingdom of Dahomey. Her first stories appeared in Jessica Amanda Salmonson‘s Amazons![6] and Marion Zimmer Bradley‘s Sword and Sorceress,[7] two anthologies designed to increase the number and recognition of female heroes in sword and sorcery fiction. Agbewe’s Sword was adapted by Saunders himself in the screenplay of the film Amazons (1986).[8] In 2009 he released The Trail of Bohu, the third title in the now ongoing Imaro series, through the Sword & Soul Media storefront.[9] In 2009 he released The Naama War the fourth and latest Imaro novel through Lulu.[10] In 2012, he released Dossouye: The Dancers of Mulukau, the second novel of Dossouye.[11] In 2017, released “Nyumbani Tales”, a collection of Nyumbani stories that have not yet been republished, among them “Katisa,” about Imaro’s mother.[4] In 2018, a story of Imaro appeared in the anthology The Mighty Warriors, edited by Robert M. Price.[12]