Greetings Loyal Airmen, last week we showed up a brand new Mr. Jigsaw illustration by artist Mike Belcher of Kentucky.  It was awesome and we loved it. Well, Mike did another this past week and this one pays homage to a very special Silver Age Comic. 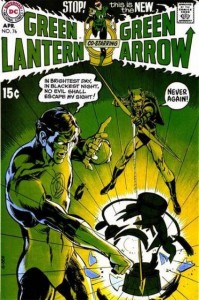 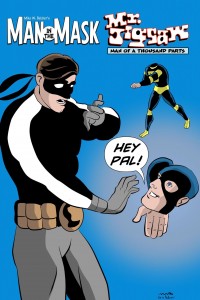 Way back when, DC Comics got the idea of putting two of their heroes into one comic series and thus was born Green Lantern – Green Arrow team up written by Denny O’Neil and illustrated by Neal Adams. The idea was to have two heroes (one conservative & one liberal) travel an America quickly becoming divided and deal with those issues that were in fact dividing us. To find common ground, if you will. The series as a whole broke new ground in making comics more relevant to a younger generation. Whether you approved or disapproved, it made comic history. And that was the image Mike found to pay homage to in this wonderful drawing of his own original hero, The Man in the Mask, hooking up with our lovable Mr. Jigsaw. It’s a beautiful drawing and we truly do love it.  Thanks, Mike! 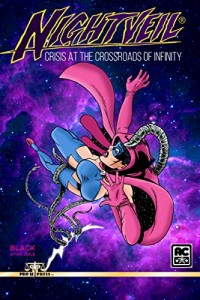 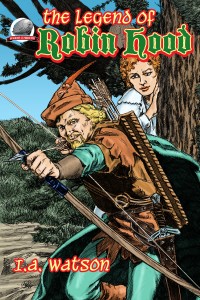 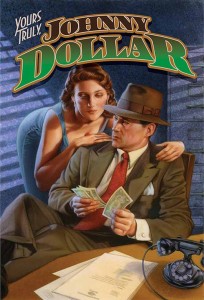 Because this year’s Windy City Pulp & Paper convention was postponed, the Air Chief and Rob Davis made a short You Tube video announcing this years winners of the Pulp Factory Awards. 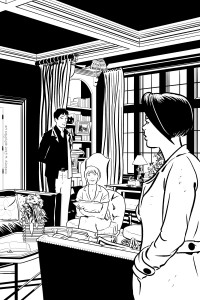 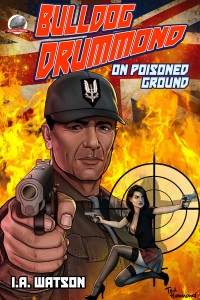 For Best Illustrations – Artist Howard Simpson from the book Bulldog Drummond – On Poisoned Ground, – Airship 27 Productions.  Our congratulations to all our super talented winners.

And that’s it for this week, Loyal Airmen. As always thanks for stopping by and we’ll see you here next week.