Greetings Loyal Airmen, many years ago when starting up Airship 27 Production, we created a new aviation hero molded after the classic flying heroes of the old classic pulps. 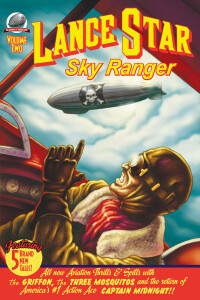 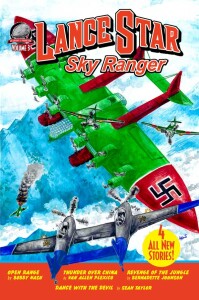 That hero was Lance Sky Sky Ranger and after releasing a few anthologies, it became clear to us that writer Bobby Nash had a particular affinity to the character and so we gave him ownership of the character and he wasted no time in running with it. To include writing a Lance Star comic and 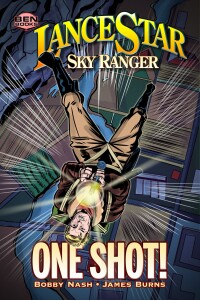 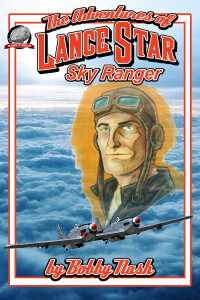 we collected all Bobby’s Lance Star stories to date in a Kindle only edition.  After all this Bobby promised to one day do a full length Lance Star novel. We’re happy to announce that day has come. Below is a press release we and Bobby put together and recently released.

LANCE STAR – SKY RANGER IS BACK!!

Get ready on the flight line! A new serialized novel launches in October on Patreon! Lance Star: Sky Ranger returns in an all-new novel-length thriller from Author Bobby Nash at www.patreon.com/bobbynash with new chapters releasing each week. Tiers begin as low as $1 a month and helps keep our favorite New Pulp aviators alive and flying.

Lance Star: Sky Ranger “Cold Snap!” will debut in print and ebook from Airship 27 Productions in 2022. 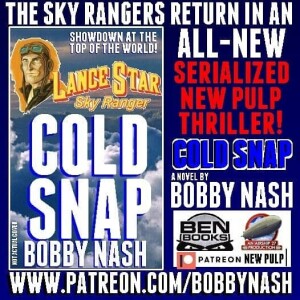 That novel is called “Cold Snap” and will first be serialized on Bobby’s Patreon site before becoming a new Airship 27 title. At the same time Airship 27 is going to do a hard-copy of the Kindle-only collection as big one-two promotion punch for this great new Lance Star novel. Stay tuned Loyal Airmen, this is going to be big. 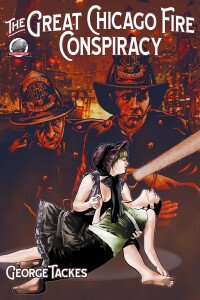 After a long hiatus, Airship 27 is proud to announce the release of our latest title – The Great Chicago Fire Conspiracy by writer George Tackes. Tells the tale of the Great Chicago Fire and reveals who actually started the blaze. This one is pure pulp Loyal Airmen. Chris Rawding provides the cover and Gary Kato the interior illustrations. As always available from Amazon in both paperback and on Kindle. As ever thanks for your continued support. 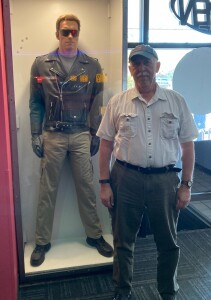 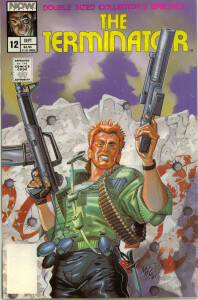 Finally the Air Chief ran into an “old friend” at a pizza parlor here in Fort Collins the other day. The comic series that launched our comics writing career. Valerie grabbed her cel-phone to take a pick of that really cool figure and yours truly. Never know what you’re going to run into in this town. Ha.

And there you have it for this week, Loyal Airmen. As ever thanks for stopping by and we’ll see you back here next Fri morning.