Greetings Loyal Airmen, way back in July of 1968, we came home from Vietnam.  We’d enlisted for a three year period back in 1965, a year after graduating from high school. Honestly, it was a time in the Air Chief’s life when he wasn’t at all certain where he wanted to be; what he wanted to do. After twelve years of nothing but school, we wanted to do something…anything, else instead of just going on to four more years in a college. So for a year we worked in a shoe factory in our hometown. 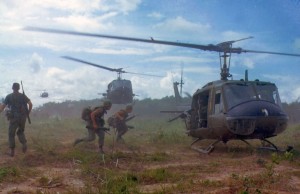 By this time in our history, the Vietnam war was ramping up and it seemed the only thing we ever saw on the evening news. As the summer of 1965 rolled around, we were only too aware that a huge draft was coming up and without any deferment, we’d most likely get drafted. Whereas the military made it known through various sources that if one were to enlist and do well on their battery of intelligent tests, they would be guaranteed a particular assignment, i.e. job while in the service. Deciding to go that route, we went in and took those test. The end result, we pretty much maxed them and were told if we enlisted, we’d be trained as a Personnel Specialist. All other clerical designations fell under this one, meaning no matter where we were sent after this training, we’d be given a clerical job, be it company clerk, transportation clerk, ordnance clerk etc. etc. etc. We signed up and that September were flown to Fort Dix New Jersey where we’d do 8 weeks of basic to be followed by 8 weeks of clerical training. At the end of which we would be certified a bonafide Personnel Specialist. Then most likely be shipped to either Germany, South Korea….or Vietnam. 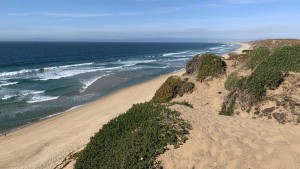 Imagine our shock when we were ordered to a training battalion in Fort Ord, California. Arguably the only Army base with its own private beach. Our barracks were across a highway from the beach and a bridge crossed that busy roadway. Shooting ranges were set up along the dunes but at night, the place was deserted and many a GI, ourselves included, would walk cover that bridge and go sit on the sand watching the sunset over the Pacific. For two years Ft. Ord was our home and it was only five miles from Carmel, the Bob Hope Gold Classic site and pretty much half-way between San Francisco to the north and Los Angeles to the south. To say it was cushy duty would be an understatement. Of course as 1967 rolled around we were only to aware that the length of a tour in Vietnam and were we to have less than that allotted time, we wouldn’t be sent there.  So along about the time our enlistment reached 13 months to go, down came our orders. We were off to the war zone. As writer Stephen Crane described in his book “The Red Badge of Courage,” we were off to the see the elephant. 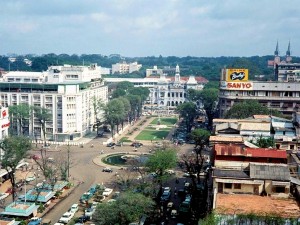 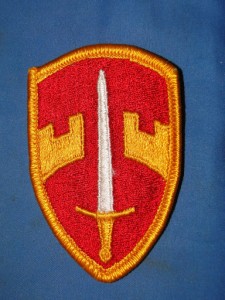 Three weeks later Pfc. Ronald Fortier landed at the Tan Son Nhut airbase approximately twenty miles north of the capital city of Saigon, where we were assigned to the Adjutant General’s Department in charge of publications. Meaning exactly what? Meaning that if a helicopter mechanic wanted to patch up bullet holes in a chopper, he had to fill out a specific form to supply accounting. Where did he get this particular form, at a warehouse operated by three clerks who’s job it was to maintaining and stock those forms.  Yup, the army fought the war using both bullets and blank forms. Trust us, no one can make this stuff up. At the time U.S. Army Headquarters was in Saigon, but two months after we arrived, the entire HQ was loaded onto 18 wheelers and transported up north to a new site called Long Binh Post.

While there, we wrote a weekly column for the hometown newspaper, the Somersworth Free Press. It was more or less one GI’s experiences. If we summed up that year overall, it would be more like Catch 22 than Rambo. Anyways, the year passed and then it was time to come home. A week before leaving, we visited the U.S. Mortuary in Saigon. That was the facility with contracted American morticians embalmed the bodies of the young men who died and got them prepared for shipping back home to their families and loved ones. We didn’t realize how much that experience affected us until a few night later we had one of the most profound dreams we’ve ever known. A dream that still haunts us to this very day.

Upon returning to civilian life, we put all of that behind us. It was nothing we even wanted to write about. We had gone, done our duty, survived and come home. End of story. Whereas recently, for whatever cosmic reasons, we’ve actually dealt with Vietnam in three rather special stories. The first two are print stories. The first is a sports tale about a returning vet who has lost a leg in combat. It will appear in All American Sports Stories Vol 2 either at the end of the year, or early next. The second story deals with a great character created by Derrick Ferguson in his Dillon series. He’s Eli Creed, Dillon’s older, mentor amigo, who was himself a Vietnam vet and that story takes place a little while after Creed’s return home. Finally the third, and perhaps most personal to me is “The Night Army” a ten minute radio drama based on that dream we had two nights before shipping out. It has been recorded by a British company for an on-line series called “On Another Wavelength.” As soon as it is on-line, we’ll be sure to post the link here. 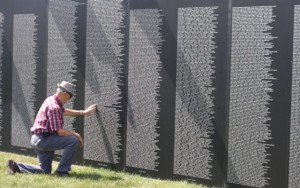 Thousands of wonderful, brave American boys sacrificed their lives for this country and never came home. All their ghosts have ever asked of us is that we never forget them. I never have.