Greetings Loyal Airmen, we kick off this week’s Flight Log with announcing the release of our second Airship 27 Productions pulp title of the year. 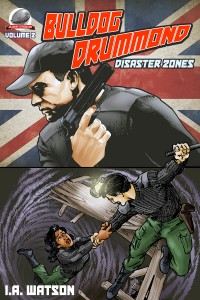 “BULLDOG DRUMMOND – Disaster Zones” offers of three new adventures of our re-imagined classic pulp hero from the 1920s as written by Ian Watson. Artist Howard Simpson provides the interior illustrations and the cover is a team effort between artist Chris Rawding and Art Director Rob Davis. The happy news here is Ian is having fun with the series and has agreed to write a third volume.  For now you can pick this one up, plus the first, both at Amazon in both paperback and on Kindle.  As always, thanks so much for your support. 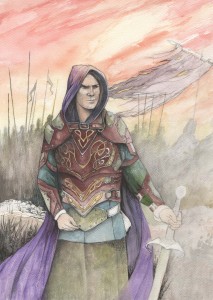 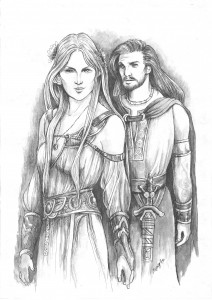 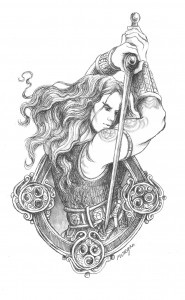 As most of our Loyal Airmen are aware, all Airship 27 Production titles have interior illustrations by some of the finest artists in the world. We thought you might enjoying samples of one such brilliant creator, British artist Morgan Fitzsimons. All the pieces above are hers. Morgan has an affinity for fantasy and mythology. 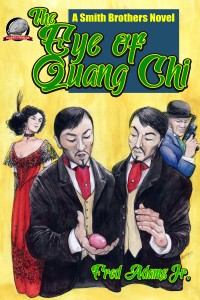 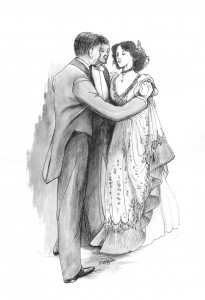 Morgan’s first work for Airship 27 appeared a few years ago when she did all the art for “The Eye of Quang Chi” by writer Fred Adams Jr. We’re thrilled to announce that Morgan is currently illustrating a new book for us and once again it will grace cover and pages of yet another Adams thriller. Stay tuned. We’ll keep you posted as ever. And please, Airship 27 is always in need of talented artists like Morgan. Should you know of any such, send them our way. We’d be eternally grateful. 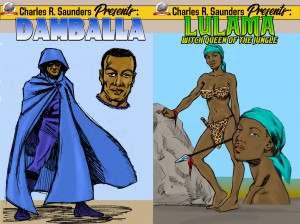 Since his arrival on the fantasy adventure scene back in the 70s, Charles Saunders has been recognized as one of the most successful African American writers in the field today. His action/adventure hero Imaro has been featured in a half dozen novels all of which went on to inspire generations of young black authors.

In 2011 Saunders wrote “Damballa” the first ever black pulp hero for Airship 27 Productions. Operating out of Harlem in the 1930s, Damballa employs unique African magic to battle gangsters and crooked politicians. Two years later Saunders introduced the Jungle Witch Luluma in his short story “Mtimu” which appeared in the Pro Se Production’s bestselling anthology, “Black Pulp.” At the start of the tale, the beautiful Luluma is a servant of a villainous hunter but by the story’s end she realizes his true nature and regains her independence thanks to the hero, Mtimu. Atypical of Saunders talent, she is a powerful character worthy of her own series.

Now Airship 27 Productions is proud to announce their creation of two new on-going book series, “Charles Saunders presents Damballa” and “Charles Saunders presents Luluma.” Managing Editor Ron Fortier elaborates. “In recent years, Charles Saunders has been extremely busy working on a truly unique black fantasy saga. So much so that it became impossible for him to devote any time to his other creations. When we suggested the possibilities of continuing both Damballa and Luluma with other writers, he was very excited about the concept and gave us his approval. Have no fear, he will be overseeing each series as they progress.”

Writing the first ever Lulama novel will be writer/publisher Milton Davis of MVmedia LLC. “I’ve known Charles Saunders for eleven years and had the privilege to work with him on a number of projects. I’m excited to have the opportunity to develop a novel based on one of his characters. It’s a dream come true.”

While Pulp Factory Award winning writer Derrick Ferguson will write the all new Damaballa adventure.  “To say that I am honored to be given the opportunity to write a character created by Charles Saunders with his blessing is truly an understatement. Charles Saunders is one of the reasons I am writing today and to be working with him is an opportunity I never would have dreamed could have taken place. I pray that I do justice to the magnificent character of Damballa.”

At present there is no specific time set for the release of these new books. “Our plan is to move forward with full length novels first,” Fortier continues. “Later, if there is an interest, we may also produce anthologies featuring both Damballa and Lulama. We’ll leave that up to our network of pulp writers and the response of our readers. We see some truly amazing possibilities in the future for both characters and are greatly indebted to Charles and his faith in us.” 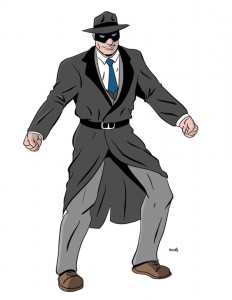 Finally above is Nightshift, a 1940s pulp-style avenger we created with artist Michael Belcher. If all goes well he will be making his first appearance in the latest issue of ALL STAR PULP COMICS.  Fingers crossed. And there you have it for this week, Loyal Airmen.  As ever thanks so much for stopping by and we’ll see you back here next Friday.