INTO THE HOLIDAY SEASON

Greetings Loyal Airmen. We hope all of you are dealing well with this hectic holiday season. Christmas, as much as it is a truly beautiful celebration of faith, is regrettably also a time of stress for many people as they scramble about trying to find that elusive perfect present for that special someone in their lives. It is our hope that all you Loyal Airmen will succeed in those quests but at the same time put aside some truly quiet moments to share with those you loved the most in the world. Remind them of what they truly mean to you. The “reason for the season” is love, Loyal Airmen. Never forget that. 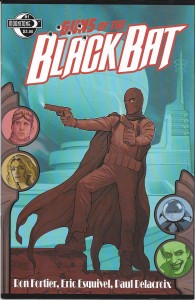 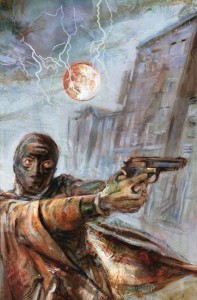 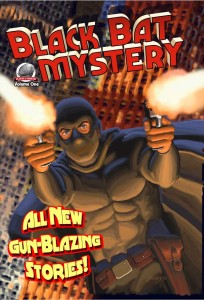 Last week we shared with some of pages from a new Black Bat comic we have now in production at Moonstone Books. We’ve done several earlier comics in the past and Airship 27 Productions a few anthologies. One of the things we’ve always tried to do is have this classic pulp hero shown as he was described in the actual stories. 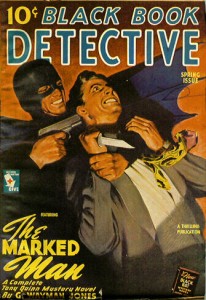 Whereas when his stories were first published in Black Bat Detective, the Art Directors of that time were afraid readers wouldn’t pick up a book if the hero’s entire face was hidden and so despite the fact that their covers were wrong, they told their artists to give BB a cut-away cowl that exposed most of his face. Again, we’ve always tried to avoid that, feeling the true depiction in the stories was actually a whole lot more dramatic. 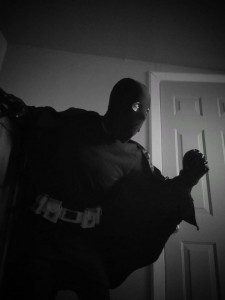 Apparently Mr. Micah Ignacio (above) agrees with us as he made this truly awesome costume and posted this photo on Facebook a few days ago. He also mentions he will be wearing it in a short amateur film. Not that’s something we’d all like to see.  Well done, Micah and thanks for sharing this photo. 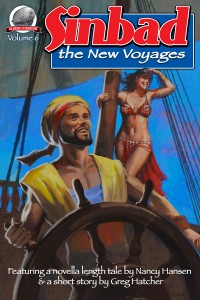 On the pulp front, we are happy to report the latest pulp title from Airship 27 Productions. SINBAD – The New Voyages Vol 6 is now out. It features a lengthy novella by Nancy Hansen and a short by Greg Hatcher. Interiors are by Jesus Rodriguez and Rob Davis with a cover by Adam Shaw. Available now at Amazon in both paperback and on Kindle. This series featuring a black Sinbad was inspired by the classic fantasy movies of the late Ray Harryhausen and is a big hit with our readers. We hope you’ll check it out. 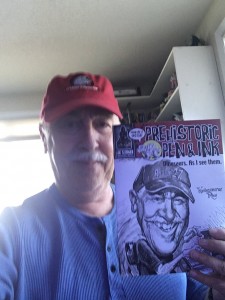 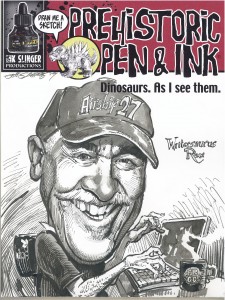 Finally, one of the Air Chief’s good friends here in Fort Collins is professional artist Jeff Slemons. Jeff has an affinity for dinosaurs and he loves to draw them in every style imaginable….from cartoonish to super realistic. So Jeff recently self published PREHISTORIC PEN & INK (Dinosaurs. As I see them.) and then he had a bunch done with blank white cover on which he could do personal sketches. The one above arrived this afternoon by mail. Now that’s a fantastic Christmas present indeed and the Air Chief couldn’t be happier. If you’d be interested in picking up a copy, you can find Jeff Slemons on Facebook. The actual book without the sketch cover is only $10. And take our word for it, that’s a bargain.

And that’s a wrap for this week, Loyal Airmen. As ever thanks for stopping by.