TIME TO GET OUT THE VOTE

Greetings Loyal Airmen, last week the Awards Committee for the annual Pulp Factory Awards announced the Official Ballot for this year’s nominees. We were thrilled to see so many Airship 27 books and creators made the final ballot. This voting is open to the public at large and below is the link to where one must go to do that. We would so appreciate you Loyal Airmen taking the time from your busy schedules to check it out and then, if you wish, cast your vote for –

Believe us, ever single vote does count.  Thanks ever, 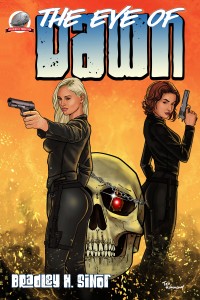 Meanwhile we at Airship 27 Productions continue our job of bringing you Loyal Airmen the best in New Pulp Fiction  such as the just released THE EYE OF DAWN by writer Brad Sinor.  This is a modern fantasy thrilled about immortals who live among us; some good and some not-so good. It’s an exciting adventure featuring a beautiful cover by Ted Hammond (above) and nine fantastic black and white interior illustrations by Clayton Murwin. Available now from Amazon in both paperback and on Kindle. 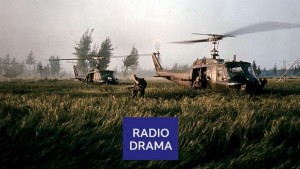 Shifting gears. The Air Chief served in Vietnam between 1967 & 68. Two nights before we left, we had a truly powerful and vivid dream that has stayed with us to this day.  Recently we turned that dream into a ten minute radio drama that is going to be produced as a segment of a new British on-line program. Think Twilight Zone in ten minute pieces. Our episode is entitled NIGHT ARMY and it is set to be recorded in London on April 23rd. Will keep you posted. 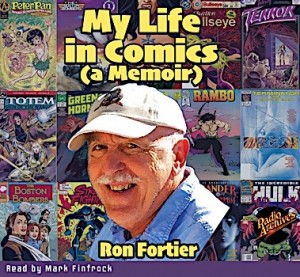 Finally, today marks the release of our book as an audio title from Radio Archives. We were delighted when we first learned they were going to do this version and more so when Mark Finfrock was the readers. Like all Radio Archives title, it is available in both streaming download and CD disc sets. Here’s a link to where they are found.  (https://www.radioarchives.com/SearchResults.asp?Cat=285)

And there we have this week’s Flight Log. As ever thanks for stopping by and we’ll see you all back here next Friday morning.

THE FRIENDS YOU MAKE