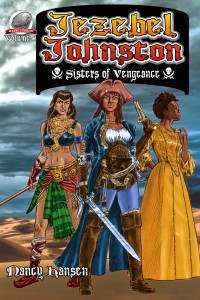 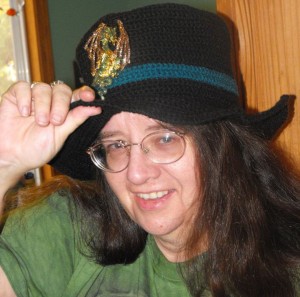 Greetings Loyal Airmen, and welcome to another new Flight Log. This week the Air Chief wanted to talk a little about the self-imposed social distancing all Americans are having to adapt to because of the threat of the new Corona virus threatening all of us. For some having to stay indoors or away from friends is a real hardship whereas we tend to forget that in this country we have the technology to get close any time we desire. Thus last weekend the Air Chief got to thinking about one of our finest writers at Airship 27 Productions, Mrs. Nancy Hansen of Conn. We’d recently released her sixth novel in her amazing Jezebel Johnston Pirate Queen saga and all of us were thrilled by that. Thing is we, the Air Chief and Nancy, had only ever physically met one time prior and a long-ago pulp convention held in Arkansas along the time the entire New Pulp movement was getting started. Sure we’d exchanged hundreds of e-mails since then, but not even a single phone call. Okay, so we wrote Nancy and suggest we hook up visually via computer Skype connection. Happily she agreed and last Sat evening Nancy and the Air Chief, while actually seeing each other across country, had a wonderful hour long chat. When it was done, both of agreed we should have done it long-long ago and plan to continue hooking up like this at least once a month from now on. Bottom line is, all of you Loyal Airmen can do the exact same thing…any time you want. In the past lots of PC technology has been criticized for making us more distant from each other but in this particular time, it also has the ability to keep us together in a such a great and fun way. Give it some thought, Loyal Airmen. Maybe you’ve a friend or family member you haven’t seen in a long while. So maybe now, when cooped up, might be just the perfect time to reach out via Skype and say Hi.  As Art Director Rob Davis always says, “When life hands you lemons, time to make lemonade.” 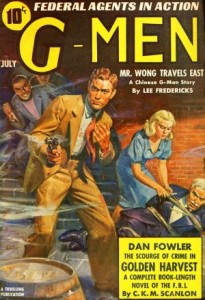 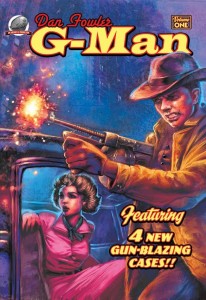 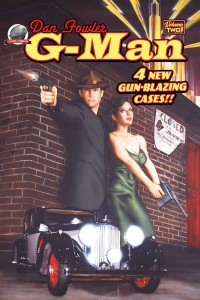 We were hoping to have news of a new title from writer Barbara Doran but unfortunately Barbara ran into problems with her PC program and we’re going to have to wait one more week to release that book. In the meanwhile, we thought we’d let you know one of the books we are currently putting together. Way back when Airship 27 Productions was launched one of the first classic pulp heroes we brought you was Dan Fowler G-Man. He appeared for a long run in the original G-MAN magazine (see above to the left). We thought it would be great to bring this tough guy agent back and solicited our talented crew of new pulp writers to start doing just that. Pretty soon we had Volume # 1 of the new DAN FOWLER – G-MAN title out. It well enough that we didn’t wait too long to put out a second volume.  And now, after, many, many years, we are actively editing new stories for a third volume which we hope to have out by mid-summer. Trust us, Loyal Airmen, these new stories of packed with gun-blasting action and adventure you won’t want to miss. 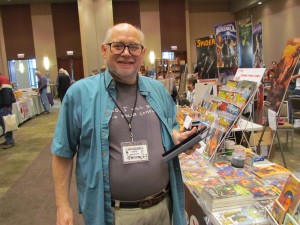 Finally we are going to end with some truly sad news we just received yesterday. Pulp enthusiast and collector Mark Halegua passed on March 18 of medical complications. Mark was a friend and wonderful part of our New Pulp community. The Air Chief has so many fond memories of sharing fun times at both Windy City and Pulp Fest with Mark. He will be greatly missed. Mark was a diehard Yankees fan and always chided us about being Red Sox fans. It was all friendly batter and we both looked forward to it every year. Our deepest condolences to his family from all of us at Airship 27 Productions. May God have mercy on his soul and bring him to his eternal home in heaven.  Amen.